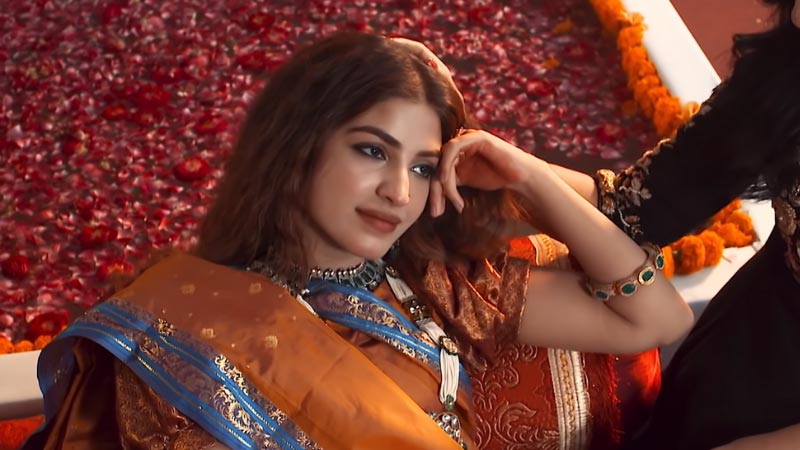 The first teaser of Kinza Hashmi and Affan Waheed’s upcoming drama is out now. The currently untitled drama is about a young girl’s journey amidst betrayal and self-sacrifice.

7th Sky Entertainment shared the teaser on April 24 captioned, “We are delighted to announce our upcoming project narrating a heart-wrenching journey of betrayal and dejection leading to distrust in every relationship.”

The clip starts off with a dream, Hashmi envisions herself living a lavish life — her bathwater is filled with rose petals as a maid tends to her hair. Dressed in red, she lifts her dupatta amidst a gathering of men to reveal a very decked up girl. Then Hashmi opens the doors to her actual house and we see her dream dissolve as reality settles in and the camera zooms in on her straw hut. What follows is flashes of places and people as other characters step into the picture, including a hookah-smoking Juvaria Abbasi who yells at Hashmi, provoking her by bringing up her dead mother.

The show is directed by Mazhar Moin and is “coming soon.”