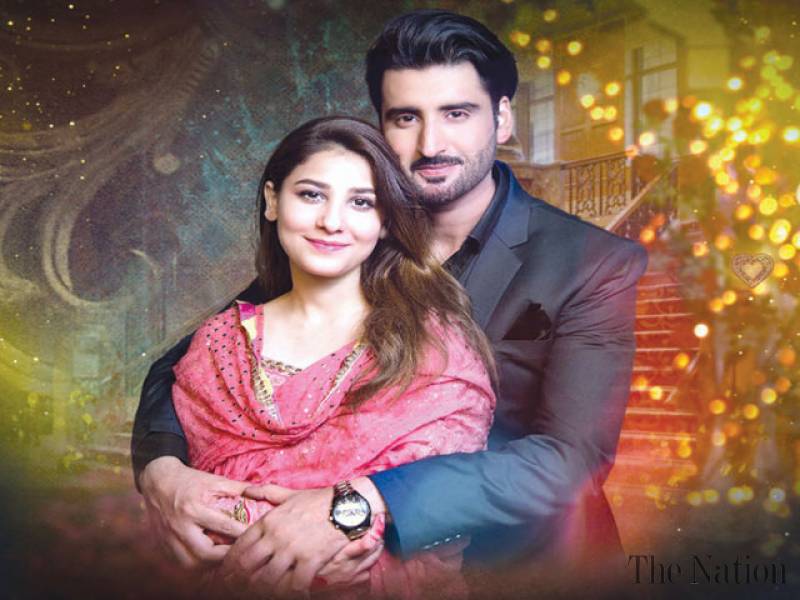 LAHORE – After the major success of “BharosaPyaar Tera”, the 9 pm slot had been crowned with “Dil-e-Gumshuda” by 7th Sky Entertainment, led by Abdullah Kadwani and Asad Qureshi. The show took over our tv screens from the beginning, receiving a huge reception from the audiences because of its unique plot. The director being Shaquille Khan, and the writer Saira Arif, the ensemble cast includes Hina Altaf, Agha Ali, Amar Khan, and Mirza Zain Baigas the perfect leading roles along with Shamim Hilali, Khalid Anum, Zainab Qayyum, Humaira Bano, Mubasira Khanum, and Anumta Qureshi in supporting roles.

Now that the story is about to reach its conclusion, fans have mixed reactions about the show coming to an end. Where there is anticipation and curiosity from how the love saga would end, there is sadness because they won’t get to see their favorite characters on screen.  With the anticipation about the last episode, fans can’t wait to see how Daniyal, Zara, and Alizey’s story would conclude. In this, all of us are together, because we are going to miss watching this unconventional love story on our screens. Dil-e-Gumshuda was an interesting new storyline that was completely unique to every other drama airing on our tv screens. With its star cast, brilliant direction, and unique plot, Dil-e-Gumshuda was a one of its kind run that we had been missing out from Pakistani dramas.

The bold female characters who knew how to fight for themselves was a touch that drama productions had been missing out on. Though, it appeared to be run-of-the-mill typical love story about poor girl falls for rich guy, it had multiple dimensions to the plot that made it such a great success.