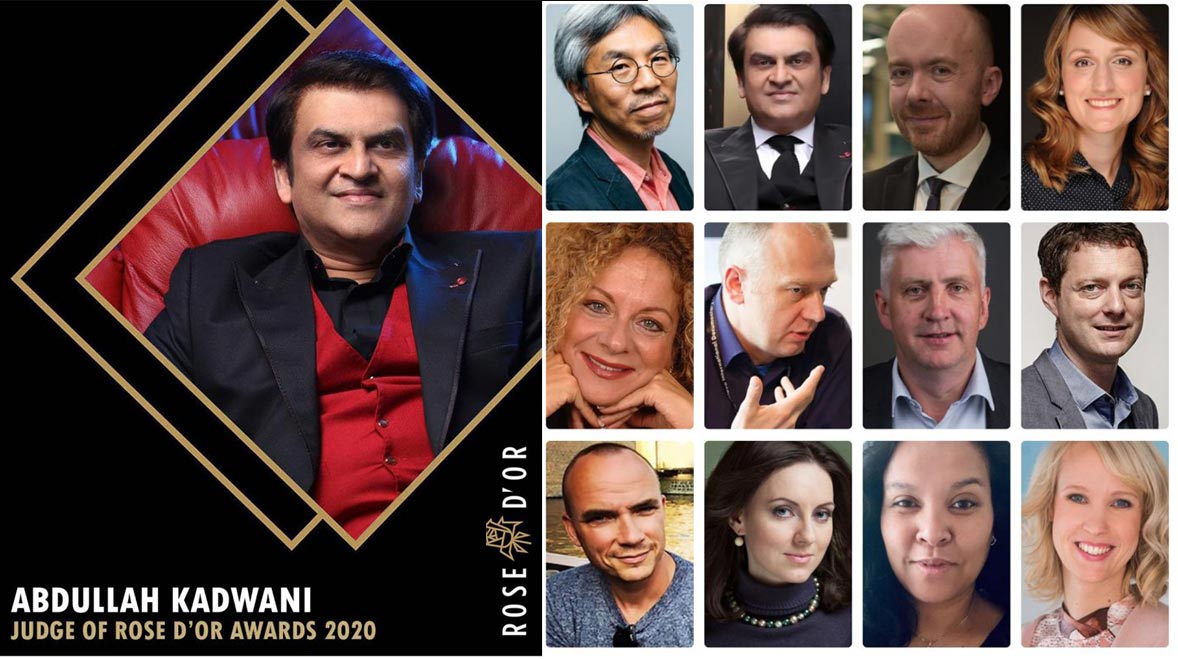 Now it’s time for the more exciting news – we are delighted to announce that Abdullah Kadwani is amongst the esteemed panel of judges from around the world for the prestigious Rose d’OR Awards. The Rose d’Or (Golden Rose) is an international awards festival in entertainment broadcasting and programming. The Rose d’Or awards were first given in 1961 in Montreux where the annual award ceremony remained for 40 years. Berlin has been home to the Rose d’Or for the past three years. The reputable Rose d’Or Awards define the gold standard for excellence and achievement in entertainment programming.

Abdullah Kadwani’s unsurpassed experience of more than 25 years in the Pakistan television industry and his active role in the global entertainment space, makes him a forerunner in helping to put the country’s entertainment circuit on the world map and represent Pakistan proudly. He is a strategic visionary and his acumen has led him to create milestones, new channels, programming and out of the box ideas that have also earned him a reputation of a man of commitment, relationship and performance. He remains the only individual in the industry in Pakistan to have experienced 360 degrees of this trade, winning him accolades and awards in recognition of the same.

With his diversified portfolio, he has contributed substantially to the growth and integrity of the Pakistan entertainment media industry and is the recipient of several domestic television awards including Best Producer, Best Actor and Best Drama Serials. In 2020 when the medium of television has never played a more central role in our lives and when producing programmes has never been more challenging, Abdullah Kadwani with his partner Asad Qureshi, have still managed to change the media landscape in Pakistani Television.

They are revered as the game changers in the industry that have given a platform to talented artists and turned them into stars by harnessing their true potential with their extraordinary vision. Under Abdullah Kadwani and Asad Qureshi’s leadership and partnership, 7th Sky Entertainment has been able to carve a niche from the onset.

We are over the moon about the news of Abdullah Kadwani representing Pakistan and Pakistan’s Entertainment industry on the judges panel for the distinguished Rose d’Or Awards and wish him the very best for all his outstanding achievements and endeavours in the future.