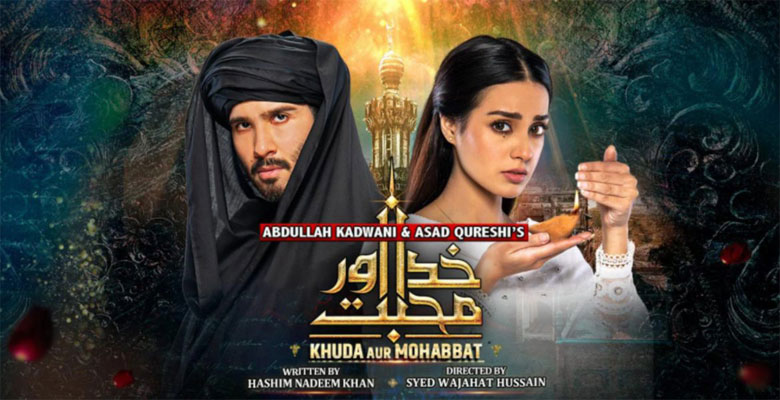 The release of the supremely-popular third installment in the Khuda Aur Mohabbat series had everyone in Pakistan talking about the cult-classic show, but it seems now the 7th Sky Entertainment produced power-packed Khuda Aur Mohabbat 3 has managed to become a global sensation  as well with its ever-rising popularity!

From Iqra Aziz and Feroze Khan to the music scoring and all the high quality signature production aesthetics of the series that Abdullah Kadwani and Asad Qureshi have come to be known for, everything is catching the eye of the millions of fans the drama seems to have garnered across the globe.

So, what are people saying about it and how is it dominating the global internet spaces? Diva has the lowdown…

Becoming a Sensation in India

It’s no secret that India cannot get enough of Pakistani dramas but Khuda Aur Mohabbat 3 has proven it with even more clarity as it becomes the talk of the internet across the border!

A popular number of Indian YouTubers have even gone on to review the show’s different releases with their ever-popular ‘react’ videos.

Now if that doesn’t say the show has crazy number of fans in India, then what does!

While India cannot stop talking about the show, international audiences have picked up on its great virality as well. The show is currently being watched by millions on digital media platforms, and it seems the OST especially is being loved. Be it Northern America or Europe, it sure is a hit.

7th Sky Entertainment shows have time and again won over audiences and Khuda Aur Mohabbat 3 is only further proving it! The show has ended up becomig the first ever Pakistani drama to garner more than 45 million plus views on Youtube on just one episode in less than two months. We wonder how many other dramas could ever boast something like that!

The Khuda Aur Mohabbat franchise had already proven to be a mega success but now it has proven its acting mettle too! Both Iqra Aziz and Feroze Khan have gotten a plethora of praise from the critics and now the fans too have joined in on saying just how great they look in the drama series. Audiences have truly become mesmerised with how the drama is turning out and like all of us, they can’t stop being glued to their sofas when KAM 3 is on! 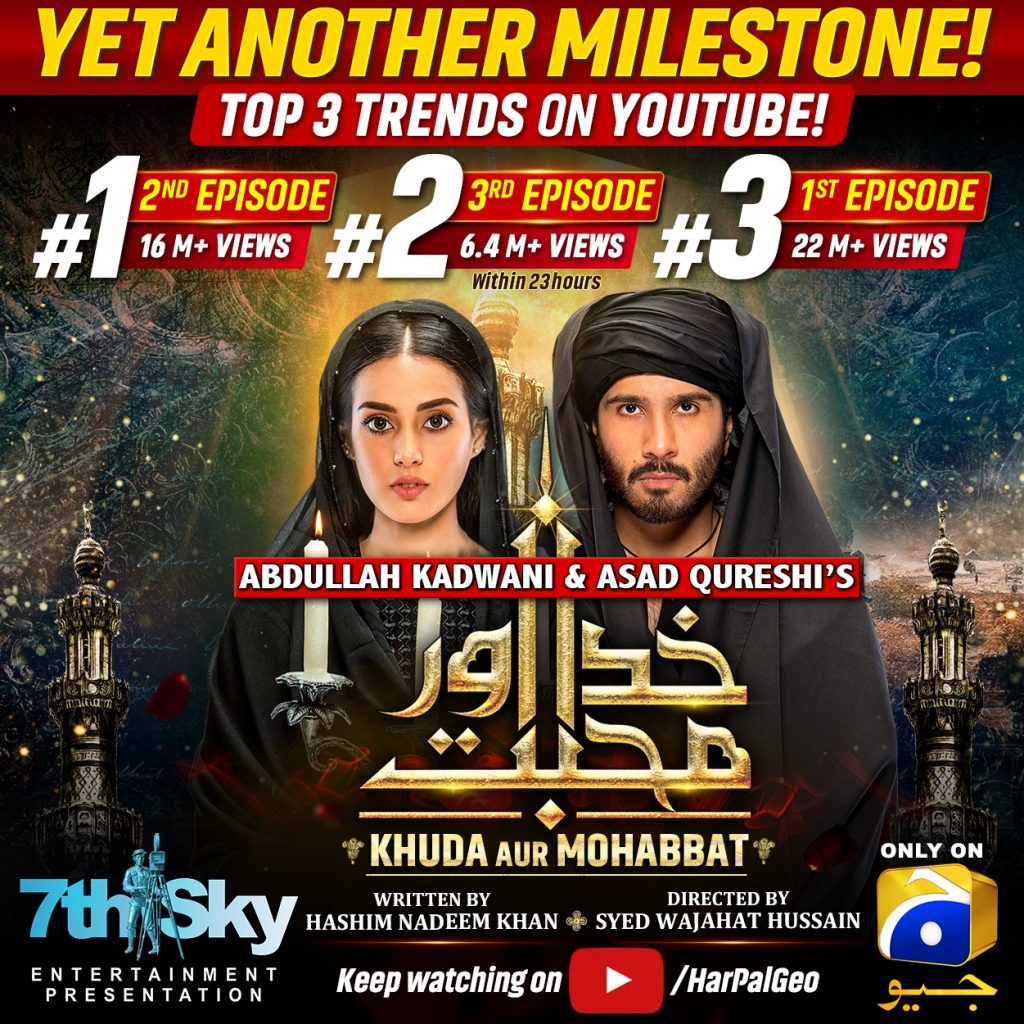 If its massive success on television wasn’t enough to prove that Khuda Aur Mohabbat is a TRP buster, it also broke records on YouTube as well. Currently sitting as the top 3 trending videos on YouTube Pakistan, the drama has amalgamated close to a 100 Million views! That’s legendary!

There have been rare occasions where Pakistani dramas become so popular on television AND the internet at the same time, but Khuda Aur Mohabbat 3 seems to have proven that is holds the magic to make it happen on such a grand scale! From YouTube and Twitter to Geo Television, the TRP ratings and people’s opinions all indicate this show by 7th Sky Entertainment is their absolute favourite.

A Treasure Trove of Production Value

There’s always a guarantee that if it’s a 7th Sky Entertainment produced drama, it will ought to have state-of-the-art production value attached to it. Khuda Aur Mohabbat 3 follows the same ideology and brings forward the best of aesthetics seen on television yet. From the locations to the high-quality of production design, all shows the prowess of the masterminds behind the project!

Rarely has a Pakistani drama gotten the numbers that Khuda Aur Mohabbat 3 is churning out across social media! Accumulating more than 500 million views on YouTube, the promos, trailers, episodes, and OST have all proven to be fan favourites who they just cannot get enough of. What can be a bigger proof of the drama’s success than this?