Kahin Deep Jalay’s ending reminds us that there is a light at the end of the tunnel! 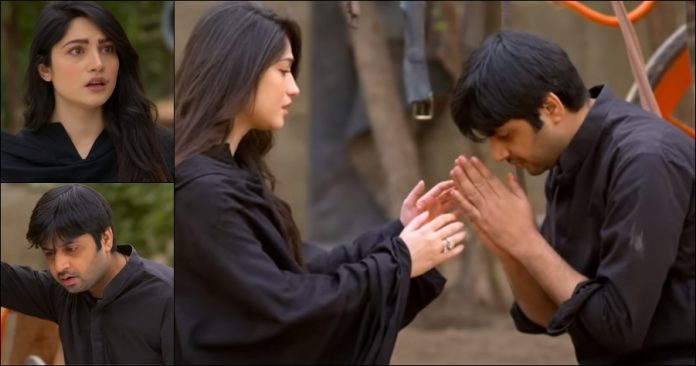 Kahin Deep Jalay was the highest-rated drama serial this season, and worthy of being addictive from the very first episode. Kahin Deep Jalay – a signature production of 7th Sky Entertainment by ace producers Abdullah Kadwani and Asad Qureshi and was brilliantly written by Qaiser Hayat and exceptionally directed by Samia Waseem.

The drama offered a different perspective on how life affects people regardless of their gender. Kahin Deep Jalay stressed that life could challenge us at any time, while we assume everything is going well.

The story encircled the lives of Rida (Neelam Munir) and Zeeshan (Imran Ashraf), where Imran and Neelam’s characters are straightforward yet complex, given what life throws at them. The two play each other’s love interests in the drama, but that’s not it.

Kahin Deep Jalay dived deeper into family dynamics and relations while it also served as a viewpoint on society and its shallow ways and how people show their true colors in tough times, but then life is not always fair.

As anticipated by the viewers earlier, everything was supposed to be tied up in the last episode, and it did. The whole story of miserable Rida, who was accused of her character by her husband and even her own brothers, finally came to a satisfying end, which was quite wondrous. Rida’s sister-in-law Shameela (Nazish Jahangir), who had been envious of Rida’s happy life and mainly responsible for all the problems got the taste of her own medicine. After getting divorced by Rida’s brother, Shameela couldn’t find any place to live and ended up taking space at a tomb. Zeeshan, who was already guilty of his madness and accusations to Rida, was ready to do anything out of desperation only to seek forgiveness from Rida, and Rida finally forgave him. While it’s happily ever after for Rida and Zeeshan, it’s a downer for Shameela.

The scenes where Imran Ashraf broke and cried for forgiveness were really heart-melting and spoke volumes about how brilliant an actor he is. Neelam Munir did justice to the character as well and really deserves a round of applause for her acting prowess. Other supporting cast was equally impressive.