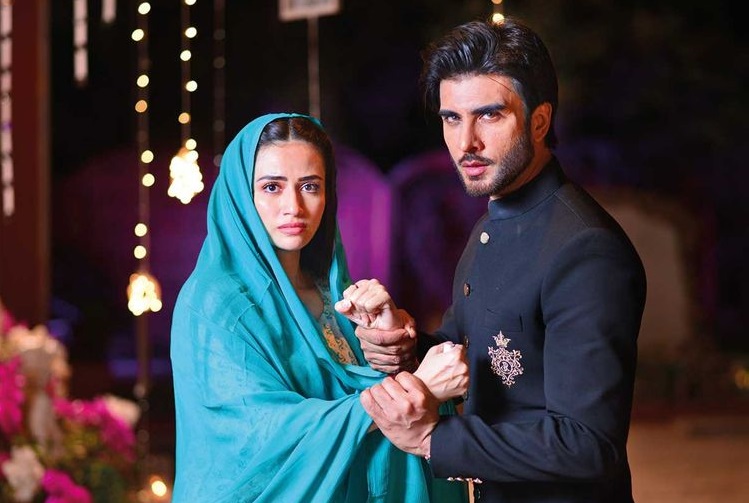 Drama serials based on social issues are trending these days – think Cheekh, Rusawai. Based on the same lines is Sana Javed’s other drama Darr Khuda Se which sheds light on workplace harassment and the ordeal women go through in such situations.

Produced by Abdullah Qadwani and Asad Qureshi, Darr Khuda Se stars Sana as Afreen and Imran Abbas as Shahwaiz. Afreen comes from a typical middle-class family with a financial crisis while Shahwaiz is her rich, misogynist boss.

The plot of the drama progresses to show how workplace harassment happens, and how it doesn’t always involve physical touching.

1. When Shahwaiz unnecessarily touches Afreen without her consent

Throughout the drama, there are plenty of scenes where Shahwaiz tries to touch Afreen without reason. For example, in one episode he tries to hold Afreen’s hand while in another one, he praises her by touching her face. Shahwaiz’s advances make Afreen extremely uncomfortable around him but she is unable to do anything because he’s her boss.

Shahwaiz blackmails Afreen’s colleague Aasiya for supporting her. He threatens to transfer her from the office despite Aasiya’s requests to stop the transfer. This agitates him, and he asks her to sit by his foot and plead to him. The scene perfectly encapsulates how power can be used to blackmail people into doing what is morally wrong.