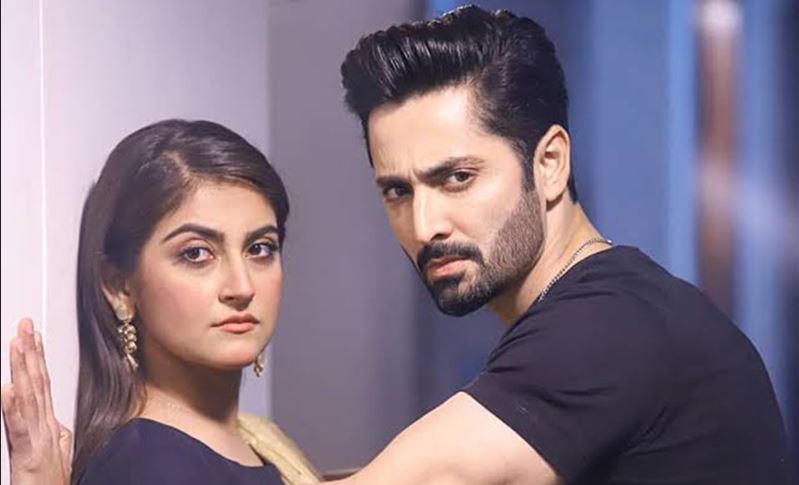 Being on-air for the past three weeks, Deewangi has managed to make it to our must-watch list. With so many new dramas on-air at the moment, it is refreshing to see a play that is different from your typical run-off-the-mill stories. Written by Sadia Akhtar and directed by Zeeshan Ahmed, the duo has managed to bring a fantastic play on our tv screens. The lead roles include Hiba Bukhari, Danish Taimoor, Ali Abbas, Zoya Nasir, and Mehmood Aslam.

The drama kicked off with Nageen Faiyaz (portrayed by Hiba Bukhari) is an ambitious young woman. She hails from a lower-middle-class family and lives with her supportive sister and cruel brother in law. Nageen is career orientated, and after completing her BA degree, she tries to find a better job to get control of her own life and be independent but has no luck. Her Brother in Law advises her to be a hostess in bus service to wish she agrees. She goes to the bus service and starts her training.

On the other hand, Sultan Durrani (played by Danish Taimoor) is a very charismatic, the elite business tycoon who is very rigid with his principles and rules and makes no compromise over them. We also saw Sultan’s Cousin Narmeen, played by Zoya Nasir, who has a strong desire to get married to Sultan and leaves no chance to express her feelings to him through hints. Sultan’s uncle is a successful and influential politician and wants his nephew to join politics too, but Sultan intends to run his father’s business.