Ayeza Khan and Danish Taimoor to star together in a drama 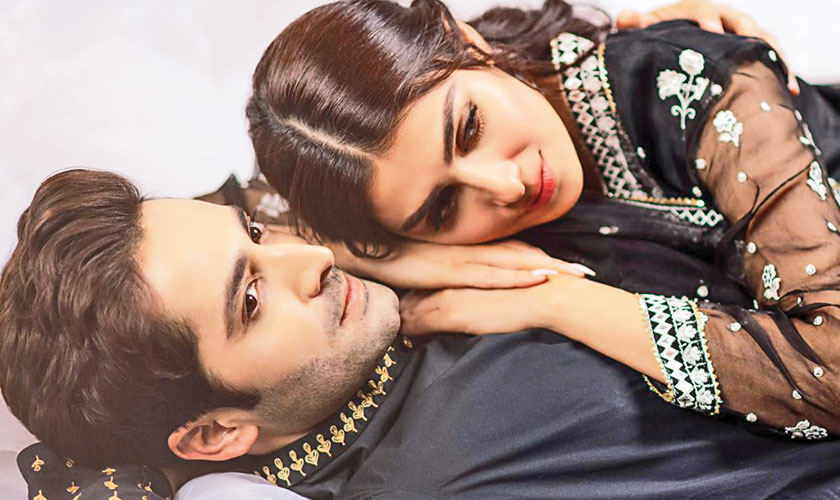 Ayeza Khan and Danish Taimoor, a real-life couple, share an association with Pakistan’s entertainment industry for years. The two shared the screen in multiple drama serials including Saari Bhool Hamari Thi, Shareek e Hayat, Kitni Girhain Baaki Hain as well as a telefilm called Jab We Wed before they tied the knot over five years ago. They are coming together on the small screen once again, for the first time after their marriage.

Ayeza and Danish will be co-starring in Geo Entertainment’s upcoming, untitled drama serial, according to Abdullah Kadwani, co-producer of the project alongside Asad Qureshi. Produced under the banner of 7th Sky Entertainment, the drama has an ensemble cast and is expected to hit TV screens in the first quarter of 2020.

The two have paired up after a long time but they have appeared in numerous drama serials during the last five years. Mera Rab Waris, Ab Dekh Khuda Kia Karta Hai and the ongoing Deewangi have been recent hits featuring Danish while Ayeza’s most talked about project till date is the recently concluded Mere Paas Tum Ho that generated a lot of hype and appreciation for the actress. Let’s wait and see what the upcoming project holds in store for viewers.