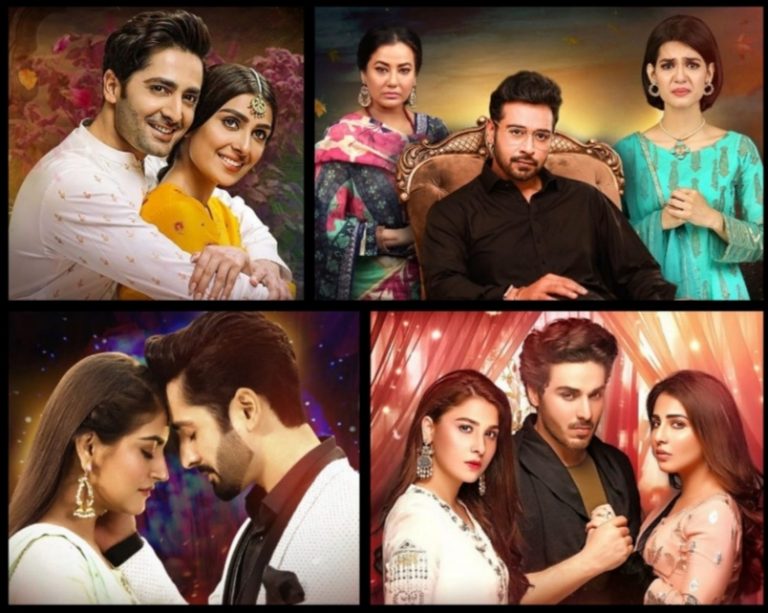 Bandhay Ek Dour Se, Deewangi, Muqaddar, and Meherposh, what else do these dramas have in common despite being the biggest dramas of the season so far? They’re all 7th Sky Entertainment productions, the brainchild of creative heads Abdullah Kadwani and Asad Qureshi. The duo consistently works hard to bring the best and biggest entertainers for their audience. The impact of the hard work doesn’t only show on the rating charts but also online with their dramas making it to the top on YouTube week after week, and that’s just the tip of the iceberg.

The Ayeza Khan and Danish Taimoor starrer Meherposh currently happens to be one of the most followed dramas on television. Mehru and Shahjahan’s love story is a tale the audience has been enjoying a lot and rooting for the two to be together. Alongside Meherposh, Danish Taimoor, as the obsessive lover, Sultan Durrani has impressed his audience while Hiba Bukhari’s innocence makes them hate Sultan for his arrogance in Deewangi. 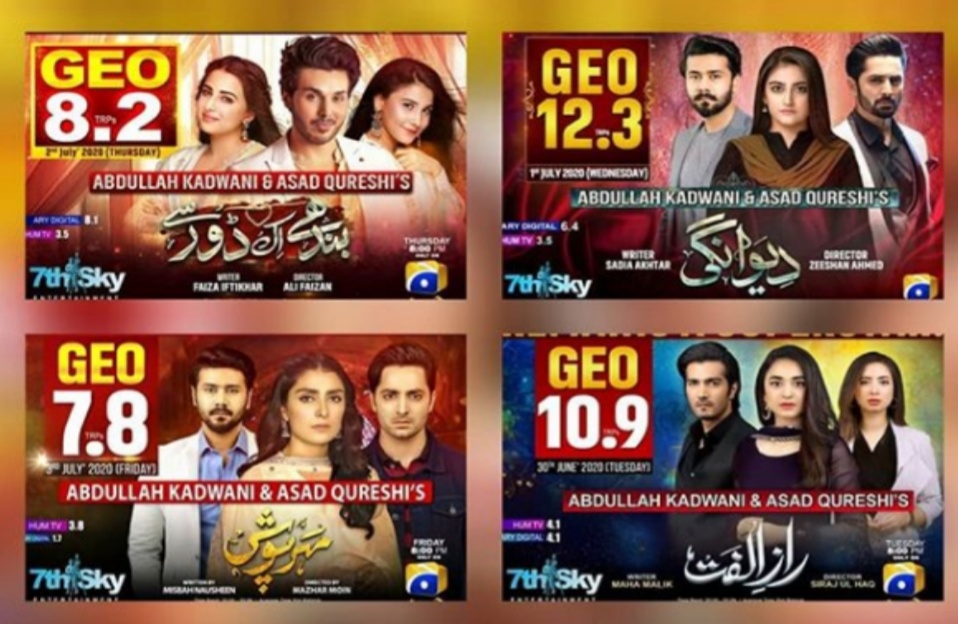 We’ve just had a couple of episodes of Bandhay Ek Dour Se, but it has certainly impressed the audience with its star cast and the powerful performances they bring on-screen. Raaz E Ulfat with Yumna Zaidi and Shehzad Sheikh is another winner for the audience who are currently enjoying the love story of innocent Mushk and a besotted Irtiza.

Why do we love these dramas so much? Well, to be honest, they have formed an integral part of our entertainment today. People from all walks of life tune into these meaningful yet entertaining dramas, letting go of the anxieties of life, if not forever, but for a little while. Little by little, 7th Sky Entertainment, under Abdullah Kadwani and Asad Qureshi, has built upon its reputation as the best drama producers in the country. In the fifteen years, it has existed for, 7th Sky Entertainment has produced more than 50 best of the best dramas on Pakistan television, with only one aim in mind, to offer quality and meaningful entertainment to all.