5 Reasons Why We Are Hooked To 7th Sky Entertainment’s ‘Munafiq!’ 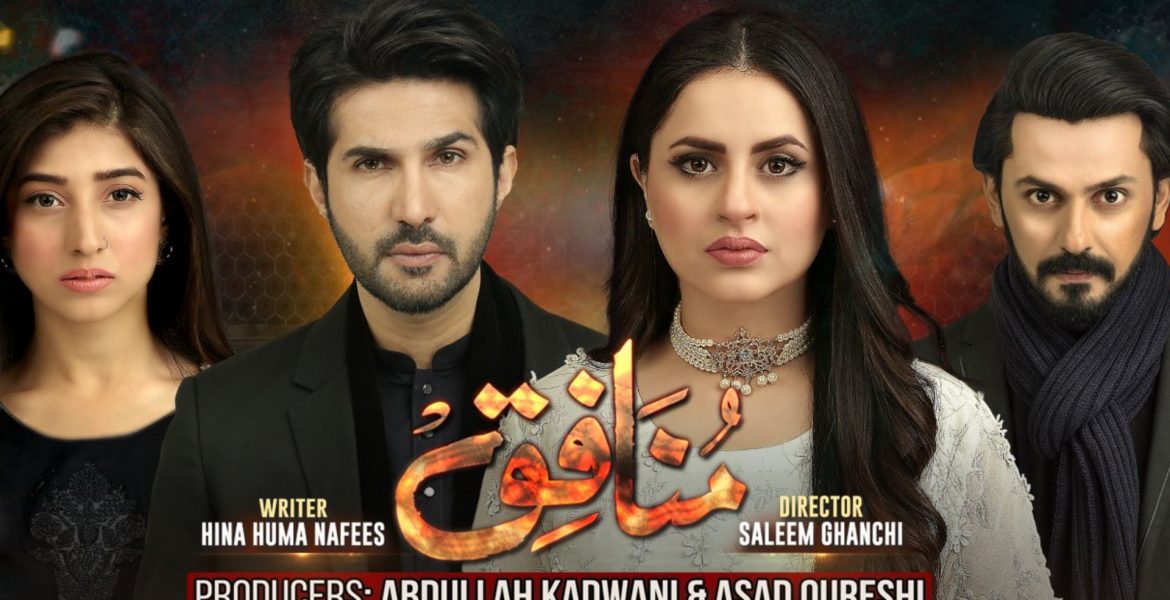 In the past few decades, the Pakistani entertainment industry has provided quite a plethora of hit dramas, which have kept the fans hooked to local television. However, amidst them all, there are only a few narratives that truly have everyone talking about how unique they are!

Today, one such example is the currently-airing drama, Munafiq!

Helmed by 7th Sky Entertainment, which is already dominating the TRP race for GEO, Munafiq has become quite the rage since it aired a few months ago, thanks to its riveting storyline, and a cast that has proven its prowess time and again.

What else makes it a worthy watch? Diva has the lowdown…

A good drama always has a brilliant cast that makes the show, and Munafiq is no different. Starring names like Adeel Chaudary, Fatima Effendi, Bilal Qureshi, Maryam Nafees, and Marina Khan, amongst other stalwarts, the drama has proven that brilliant actors can completely make the show palpable!

Written by Hina Huma Nafees, Munafiq explores the story of Ujala in the most unique of ways, as we explore her life in a marriage of inconvenience, and class issues. It does away with just being yet another black and white narrative of love and romance, and instead, adds a bit of dark ethos in the story. There are characters who have definite grey areas, and that has added quite a bit of interest in the storyline.

Exploring the existence of hierarchy between different social classes, Munafiq is one of the few dramas on air that have picked up quite a realist/socio-cultural theme and made it work by making it simpler for the audiences. There are tons of questioning the elite in this drama, and for those looking to ponder on the realities of life, Munafiq should be a good watch.