Meerab is an ambitious and beautiful young girl who wants to pursue higher studies. Her entire world revolves around her parents and she believes in them the most. Her strong and confident personality makes her stand against social injustices around her.

On the contrary, Murtasim hails from a powerful and influential family. He respects and values the morals and traditions of his family and refuses to let the family down.
Meerab’s life takes an unexpected turn when she finds out about her family’s decision regarding her and Murtasim’s life. Meerab’s hatred towards Murtasim continues to grow as a family secret from the past resurfaces. Coming from different backgrounds and mindsets, Murtasim begins to realize Meerab’s arrogant behaviour towards him and begins to consider her a challenge for himself. On the other hand, Meerab who is used to living her life on her own terms refuses to accept Murtasim’s family traditions and unnecessary social barriers.

Soon their lives go through a series of emotional sufferings and misunderstandings where it becomes difficult for them to coexist. Despite their hatred towards each other, will Meerab and Murtasim accept their true feelings or will the dynamics of ego and self-respect force them to stay apart? 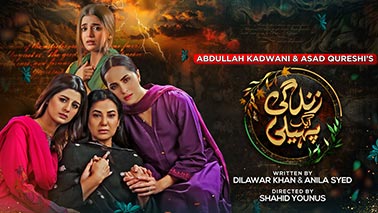